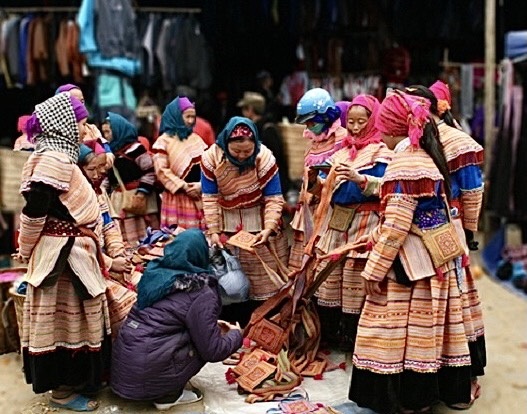 The custom of welcoming the New Year of the Mong people also has many unique features, including the custom on the first day of the New Year, when the first rooster crows, it is also the time when the men get up first in the house to do the important things in the family.

According to traditional custom, a month before the Lunar New Year is also the time when the Mong people finish harvesting the crops and prepare together to celebrate the traditional New Year.

In recent years, the New Year of the Mong people has had many changes to blend with the Lunar New Year of most ethnic groups in Vietnam, but still preserve many unique customs in the Tet holiday of their ancestors. 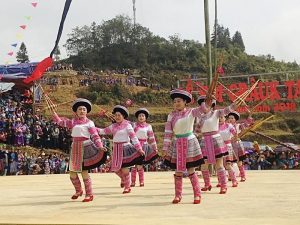 Tradditional dancing during the holiday

Although it is the same time to celebrate the traditional New Year with the whole country, the customs and practices of the New Year of the Mong people are still preserved.

Before Tet, they clean the house together, slaughter pigs, pound cakes, and cook wine. The must-have dishes in these Tet holidays.

The ritual of clearing the ancestral altar and offering cocks on the 30th day of the New Year to pray for a year of bountiful crops, favorable rain and wind.

The Mong people do not celebrate New Year’s Eve, for them, the first sound of the rooster crowing in the early morning of the first day is a milestone marking the beginning of a new year.

They worship the Ancestors with a live pig and a live rooster, and then bring the pig and chicken to slaughter.

They cook a meal and then eat and drink wine until they hear the first crowing of the rooster. 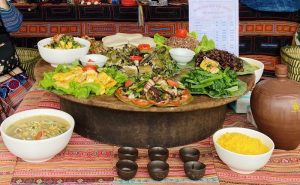 During the three main days of Tet, every family burns wood, keeps the red stove on fire continuously, while keeping warm, warding off evil spirits and praying for peace and luck, they cut the foil into the shape of a bird and phoenix.

on objects and positions in the house to ward off evil spirits and pray for good luck and auspiciousness.

The Hmong people make ancestral worship and from the afternoon of the first and second they will visit relatives and teachers.

Starting from the third day of the festival is the season of festivals, adults and children eagerly go to festivals and spring trips;

The traditional Tet holiday of the Mong people today has changed a lot compared to before, in many places the customs have disappeared and been shortened to suit modern society.

But thanks to the sound of Khen, traditional folk songs, the Tet atmosphere is still full, everyone is happy to celebrate Tet, it is like a sacred thing, through which everyone will remove barriers to get closer to each other.