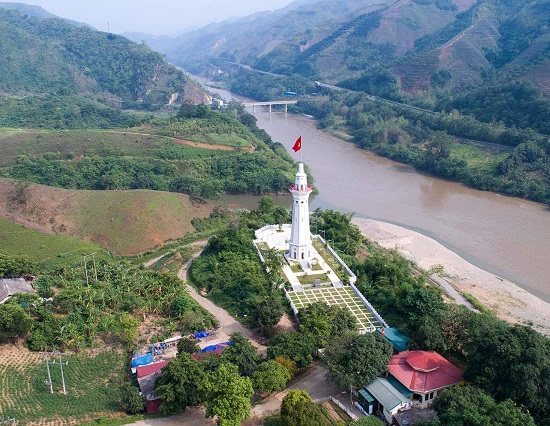 In the afternoon of December 2016, in A Mu Sung commune, Bat Xat district, Lao Cai province, the inauguration ceremony of the youth project “Lung Po flagpole – Where the Red River flows into Vietnam”.

Lung Po is the name of a stream in Bat Xat district, dividing the water between Vietnam and China. 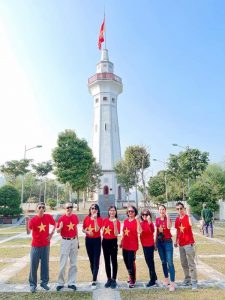 From here, the river flows through the northern provinces of Vietnam before emptying into the East Sea through Ba Lat estuary (Nam Dinh province).

Lung Po is not only a point where the mother river flows into Vietnam to form the Red River civilization, but also preserves the quiet history of the remote region. 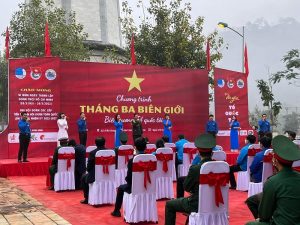 To commemorate the silent victories and sacrifices of loyal soldiers, the Standing Board of Lao Cai Provincial Youth Union proposed the idea of ​​​​building the youth project “Lung Po Flagpole – Where the Red River flows into Vietnam” at the border marker 92, with funding from socialization sources.

This is identified as a youth project, both to affirm the sovereignty of the Fatherland at the border, and to educate the younger generation about the “When you eat a fruit, think of the man who planted the tree”.

This is also a project to successfully celebrate the 11th National Congress of Ho Chi Minh Communist Youth Union.

Phase I construction and construction of the main flagpole, with a height of 31.43 m, representing the peak of Fansipan 3,143 m high. 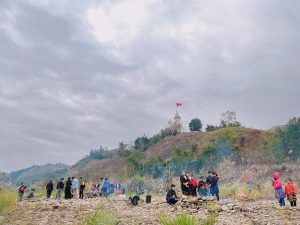 The flag has an area of ​​25 square meters, representing 25 ethnic groups in Lao Cai.

Phase II of the project is to complete the exterior, including the lawn, parking lot, embankment, and fence surrounding the flagpole.

The total cost of construction of the project is over 17 billion VND, which is fully mobilized from socialization capital, donated by organizations and individuals inside and outside the province, union members, youth and unions at all levels in the province. 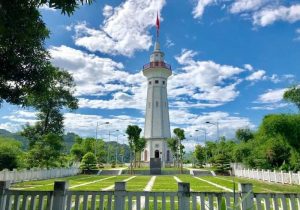 Overview of this tourist destination

The youth project “Lung Po Flagpole – Where the Red River flows into Vietnam” has become a symbol of the volunteering spirit and determination of Lao Cai youth to participate in construction the homeland, continuing the fine tradition of the nation in national construction and defense.

“The whole area was engulfed in silence and solemnity. Looking up at the national flag with an area of ​​25 square meters representing the 25 ethnic groups living in Lao Cai province.

Fluttering on the flagpole up to forty-one meters high, and then looked at the border guards who were both dignified and friendly.

The admiration mixed with pride overflowed, making everyone cry.

The rulers of the land at the tip of the Fatherland were still very young, but their footprints were present in many places on the border of Lao Cai and now guarding this place.

Looking at them exuding confidence, optimism, love of life, we were like reliving the great resistance war against the US to save the country.

The optimism, innocence, belief in the path they have chosen of the soldiers today is no different from his father in the previous class”.