Sansaho is a commune of Sapa town, Lao Cai Province. Most of the people who live here is belong to the Mong ethnic group. If you travel to Sapa in this spring, you can not missing Gau Tao Festival at Sansaho commune – one of the biggest festival of Mong ethnic group.

Gau Tao festival in Sansaho commune is held annually. This year, Sansaho commune and Lao Chai commune are co-organizer that traditional ceremony at Sansaho on the early morning of 19th Febuary. This traditional ceremony of Mong ethnic group is to thank Gods and Earth Mother, to pray for a good weather of the new year, a good harvest and a prosperous life. The main actions of Gau Tao festival are Holy Communion, Celebration, cultural performances, dancing, singing,… 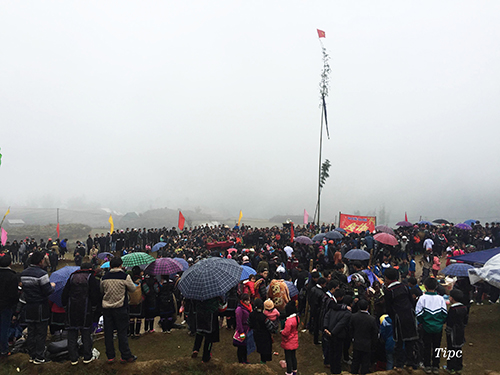 First, to start the festival, the shaman conducts traditional rituals prayed lucky for everybody. He is a respected man who people trust. He always on behalf of the villagers to do the rituals. Tet pole is made of a tall and straight bamboo. At the top, they made a long line strips drop down with the meaning is connects people with the Gods. 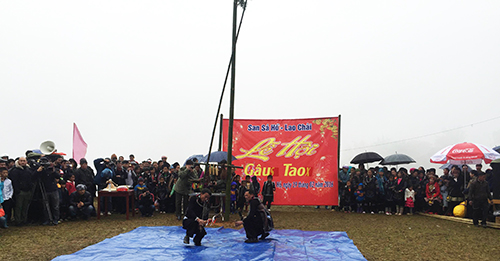 After the worship, there are festival sesion with entertainment activities of Mong people such as dance with pan-pipe, singing, dancing, jumping with stalls. Anyone who can participate in this entertainment show, are all invited to drink a fragrant cup of wine. 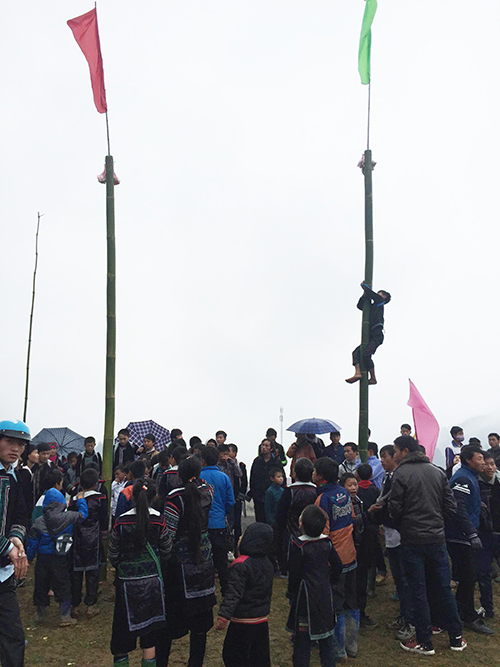 Game “pole climbing” and get reward is favoured by children 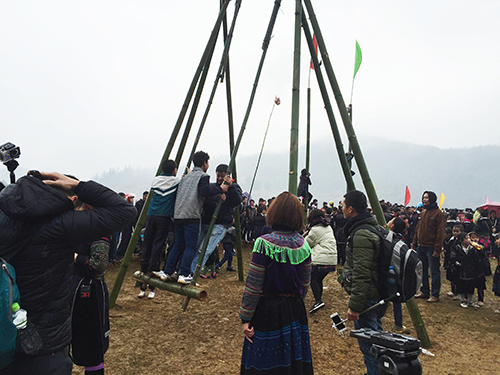 Game “Teeter” attracts many visitors and people to take part in

Gau Tao festival is one of the major festivals, associated with the spiritual life of Mong ethnic group in Lao Cai, especially Sansaho. Come here and join with us in the lively atmosphere and the rustic mountain spring festival there!