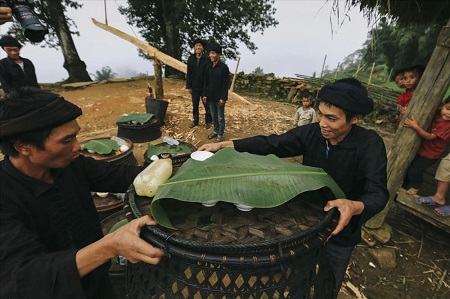 Like many other ethnic minorities in Lao Cai, Ha Nhi people in Y Ty (Bat Xat) have a harvest festival in the 6th of lunar month every year, which is the Kho Gia Gia Festival.

The Kho Gia Gia Festival is an important spiritual ritual indispensable in the spiritual life of Ha Nhi people. This is also a unique feature in the culture of the highland ethnic people associated with agricultural production. The festival was recognized by the Ministry of Culture, Sports and Tourism as a national intangible cultural heritage in 2014.

Also for the purpose of praying for all species to flourish, the festival is full of fertility. The place chosen for the sacrifice must be the highest place in the village. The direction of the ceremony shack is to the East (towards the rising sun). Next to it is a swinging pole buried in the ground, the part facing the sky is pointed, symbolizing the male gender.

Every year, villagers will cut a large tree trunk and place it on the swing to make a game for boys and girls in the village. The tree trunk is placed on top to represent the female, each time there will be a couple of men and women, each person will sit at one end and play on the ferris around the swing. Ha Nhi boys and girls come to the Kho Gia Gia Festival to make friends, find a lover, and to make a happy future. 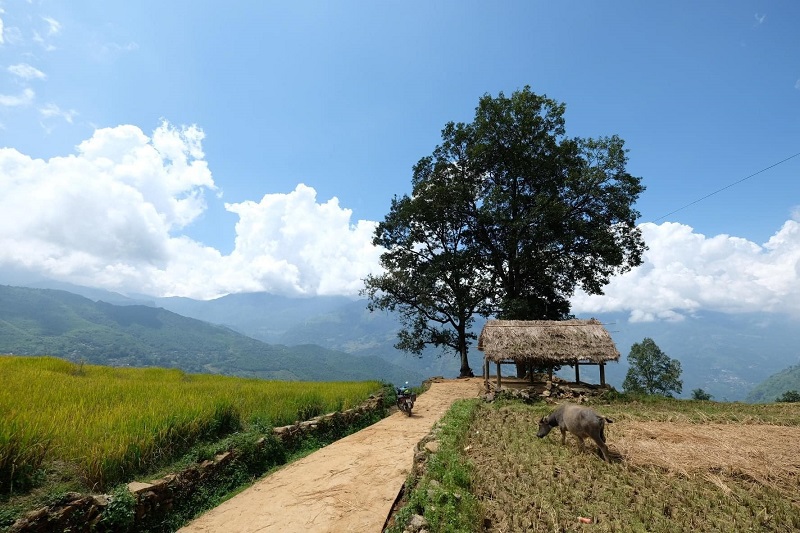 The Ha Nhi people in Y Ty celebrate the Kho Gia Gia Festival with the wish of a bountiful harvest and show respect to the gods of the forest, mountains, heaven and earth. To prepare to join the association, in addition to the contributions for the organization of sacrifices.

Each family sent a person to the mountain to cut five bundles of grass and bring back to make the roof of the sacrifice shack. The sacrifice buffalo is an indispensable animal, it is a large, male, without any white spots on his body. 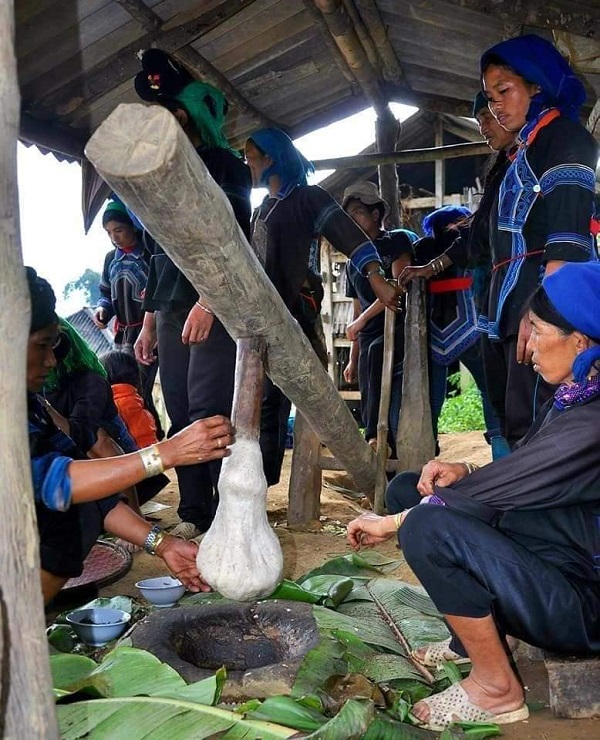 On the Dragon day, there will be a ritual to choose a sorcerer. On the day of the Snake, Ha Nhi people organize buffalo slaughter to offer to the gods. The offering buffalo is brought out and tied to the swing. When the shaman finished the sacrifice ritual, the healthy young men tied the buffalo’s four legs with a leather strap, pulling it off. The sorcerer will take a handful of grass and tie it to the animal’s snout so it doesn’t cry.

The Ha Nhi people believe that if the buffalo cries, the crop will be lost that year. The person chosen to bury the swing will be the person responsible for poking the blood of the buffalo to sacrifice. Young people in the village conduct buffalo slaughter for meat and divide equally among families to bring back to worship ancestors. 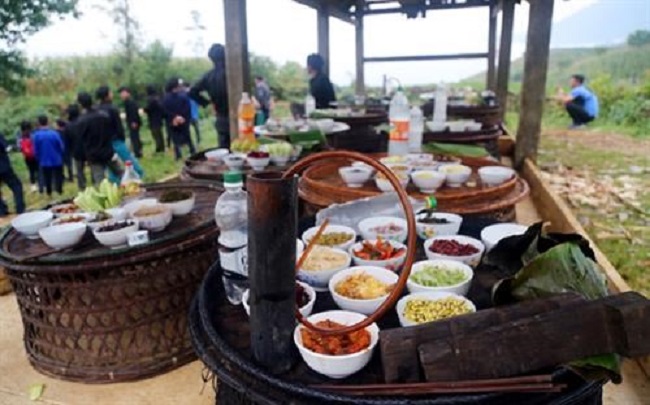 On the day of the Horse, the people began to organize worshiping ceremonies and open festivals at dusk. The Ha Nhi people believe that by doing so, the wind and earth gods will have a quiet rest. From early in the morning, the sound of pestle pounding banh day of Ha Nhi women was bustling throughout the village.

An offering tray of Ha Nhi families usually has a bowl of glutinous rice wine, buffalo meat, ginger tea and a pair of thick cakes… Families who bring the tray to worship at the shack are all families who do not have bad luck in this year.

At the meeting, the shaman is the person who opens the ceremony. After the shaman swings three times at the swing and seesaw, then the other members can play. When others participate in the seesaw game, the shaman holds rice and soybean seeds and throws them into the place where everyone are playing with the wish for a good harvest. An indispensable part of the festival is the traditional dances of the Ha Nhi people.

The dance to pray for the harvest, in order to hope that the mother of rice will return to the village so that the crops are good and the rice fields are full. Along with the dances, the festival also features a number of folk games such as swinging rope, seesaw, love song, lion dance, playing the leaf flute, showing the traditional features in the cultural life of Ha Nhi people.