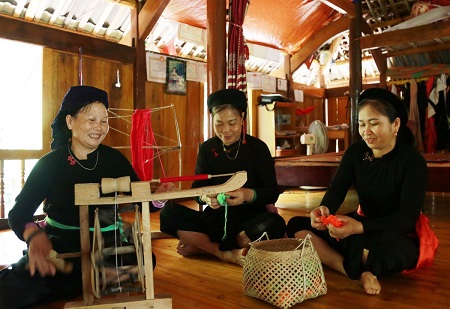 Portrait of 05 ethnic groups in Sapa

Viet Nam has total of 54 ethnic groups, the Kinh (Viet) account for the highest percentage (87%) and the remaining 53 groups are often defined as ethnic minorities. But in Sapa town that the Kinh form the minority, accounting for about 15%, and 85% are Mong, Dao, Tay, Giay, Xa Pho ethnic.

All ethnic group in Sapa has different from each other in terms of clothing, language, customs, and beliefs. The costume being the main feature to distingguish them.

For centuries, all these ethnic groups have migrated to Sapa in several waves and settled here.

The Mong people were once good wet-rice cultivators, living in Yangzi river valley. Driven away by the Han, they were gradually pushed southwards and divided into small groups.

The first migration wave to Hoang Lien Son Mt was 300 years ago and the latest 100 years ago. They now number nearly 450,000, forming one of the seven major ethnic groups in Viet Nam.

In the past, tho Mong people relied on slash-and-burn techniques to produce one or two crops of rice or corn a year. In recent years, due to higher educational standards and a state policy on land and forest management, the have give up nomadic farming and restored much forest cover in Sapa to life. 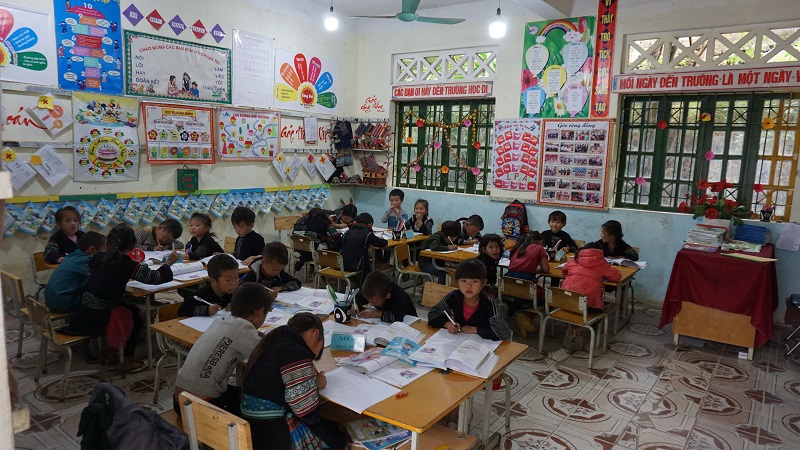 Mong children in the school

The Dao are closely related to the Mong. Many scientists classify these two communities in the same linguistic group called Mong-Dao, from the Sino-Tibetan family.

The Dao once had their  own script called Nom-Dao, composed of ancient Chinese ideograms. Now, only some elderly persons can read and write the script. A number of ancient books in many families have been lost. Only shamans preserve some old books on ritual songs and chants.

Every Dao man must go through a rite called “Cap Sac” (sacred diploma) to become an adult accepted by deities and ghost soldiers. The Dao have no folk dancesand seldom use musical instruments. Young boys and girls from different hamlets usually exchange love songs all night.

Previously, on every saturday evening, the Dao youth used to gather and sing love songs right in the market and along the roads to Sapa town. This is an original romantic festivity. In recent years, most of them have moved away from the market, because of the curious tourists who tried to approach, take photographs and tease the singers. 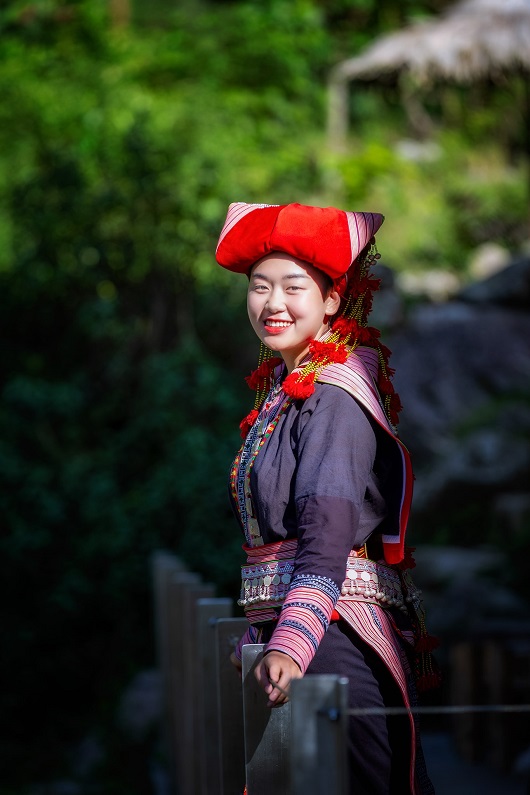 The Tay ethnic belong to the tay-Thai linguistic group. With a population of about 800,000, they constitute the largest ethnic minority in Viet nam. In Sapa they populate some southern communes in the flat lowlands abundant with rice fields, such as Ban Ho, Lien Minh commune.

Settled in fertile valleys with paddy fields and wide streams, the Tay have a highly developed traditional agriculture. Living in the vicinity of forests, they also engage in hunting, gathering forestry products and medicinal herbs.

Their handicrafts are a good supply for the local market, namely weaved cloth, bamboo-knit basketry, woodwork, cooking oil, lime baking. Formerly, the Nom-Tay script, based on ancient Chinese ideograms, was used. Now, only some elderly people read it. The Tay have a wealth of folk tales, legends, myths and epics, including stories similar to those of the King people, for example Thach Sanh, King Giong, the buffalo and the tiger.

The Giay ethnic is also a branch of the Tay-Thai group, to be found mainly in the northernmost mountainous areas. The total population of the  Giay in Viet Nam is over 30,000, while in Sapa they account for about 3% of the population, concentrating in the hamlets within the valleys of ta Van and lao Chai.

The Giay grow ordinary rice on flat fields. Previously, they  could only cultivate one crop a year. After the new year holiday, they organize a festival in the rice field (Roong Poc) to pray for a bumper crop.

In the village, people assist each other by exchanging labor, especially in the busy periods of transplanting or during harvest time.

Giay costumes, with sparse embroidery, are simpler than those of other ethnicities, merely decorated with some colored bands of cloth on collars and flaps.

They build houses with an earth foundation, wooden walls and hallways. The middle section serves as sitting room and worshipping place.

The Xa Pho ethnic with a total population of about 4,000 in Viet Nam, belong to the Phu La group. In Sapa, Xa Pho people reside in some village in Lien Minh commune, in the southernmost remote areas, far from asphalt roads.

Communication thus is difficult. Some Xa Pho people speak Mandarin. Other, including those in Sapa, have preserved their mother tongue which belong to the Tibeto-Burman linguistic family.

The Xa Pho cultivate on terraces, they often exchange labor in the agricultural seasons. They have stilt houses on flat land plots and smaller huts nearby to store rice. They are good at growing cotton, weaving fabric and making basketry. 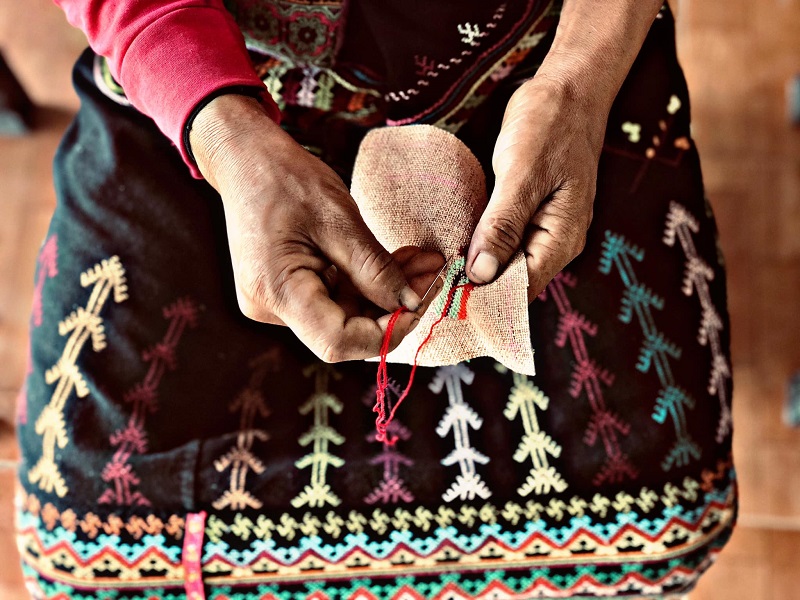 The Xa Pho ethnic in Sapa, though very poor, are most friendly and hospitable. Whenever they receive special guests, Xa Pho girls are always willing to join in cheerful dances. Trips to Xa Pho villages are thus one of the most attractive parts of tourist programs.