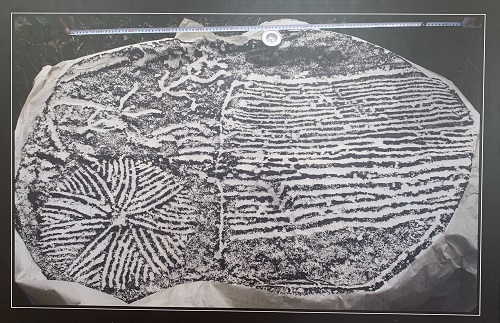 In addition to the majestic beauty of nature or cultural diversity, Sapa is also known for its unique historical sites. That is the ancient stone – the mysterious relic hidden behind the seemingly inanimate rocks.

The ancient stone beach has existed for a long time and is present in the lives of indigenous people. But only when a French archaeologist (of Russian origin) named V.Goloubew discovered it in 1925, people began to see it in the most scientific way. Many scientists in the country and the world have gathered here to explain the mysterious messages. 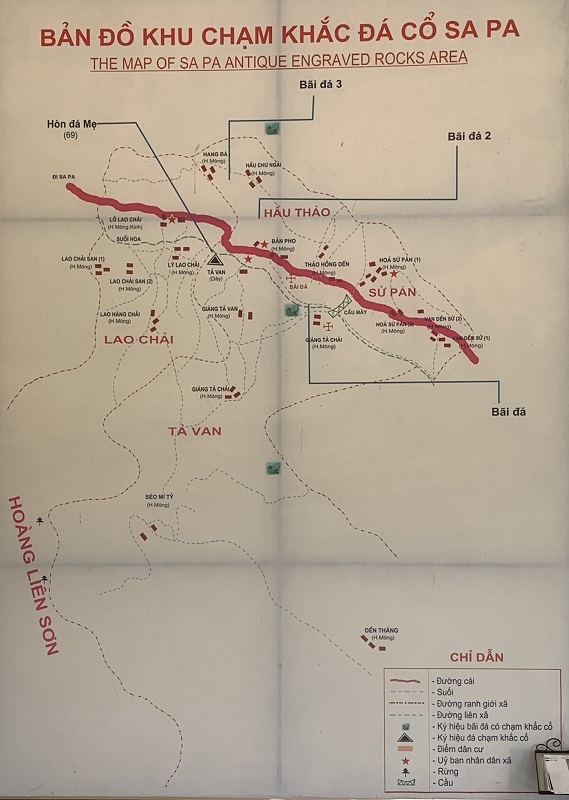 Sa Pa ancient stone is divided into two large beaches and has the largest concentration of rocks. One is next to Ban Pho until near Muong Hoa stream. The second is the land between the border areas of Hau Thao and Lao Chai. In addition, there are some single stones appearing under Cau May – Ta Van; old Su Pan now is Muong Hoa; or most recently in Ta Phin commune. 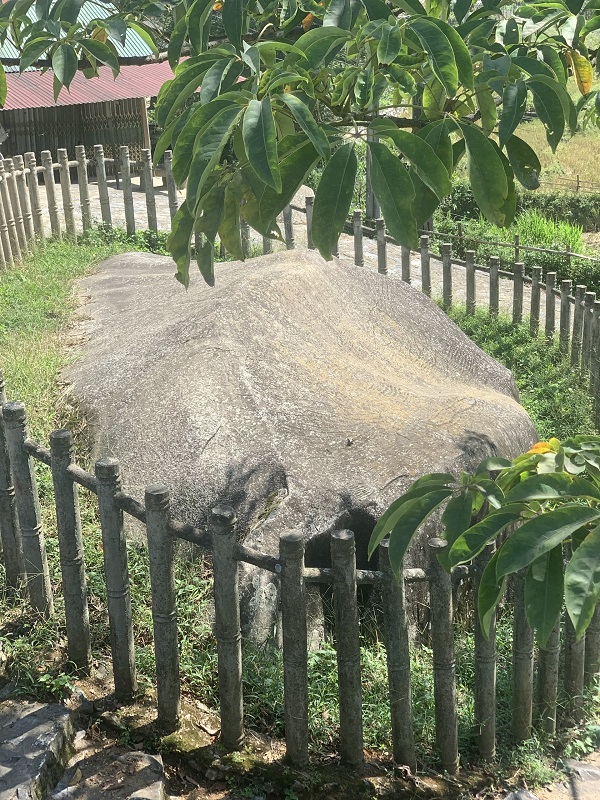 Pic 2: Image of a large stone block at the ancient rock site of Sa Pa

Nearly 200 scattered rocks run nearly 4km long, 2km wide. Each stone has different sizes and shapes. On each stone, there are characters and drawings that are difficult to interpret.

There are 200 stones with engraved figures in the carving stone area. They are devided into 6 forms. Including: Parallel lines, square, rectangular, cirele win diffirent styles, house on stilts, human shape and carly writing system, … 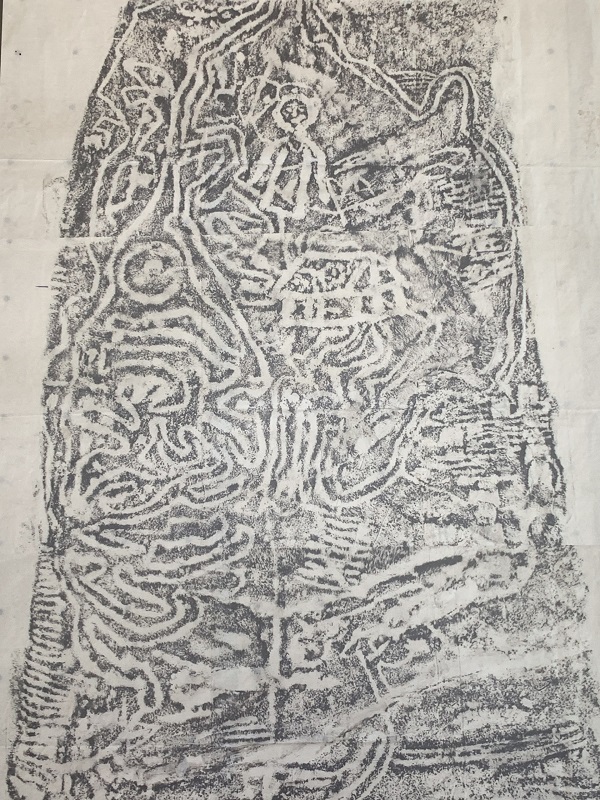 Pic 3: Stamping of millstones on the ancient rock of Sapa

There are also some signs of writing on separate stones or in a particular corner of the carved stone. The different shallow and deep inscriptions and inscriptions show that different layers of cultural time have covered the bedrock.

In Muong Hoa valley, there are two large rocks associated with a beautiful legend about the love story of a couple. They fall in love but are prevented by a dispute between the two tribes. Then they were cursed to petrify when they couldn’t escape from Muong Hoa mountain on the 10th day because the girl was stuck in a swamp while escaping. The boy escaped but still returned to the North – where his lover was still there and turned to stone (Father’s Stone). And the girl turned to stone, her head turned to the South as if trying to run after him (Mother Stone).

The old people in the area said that the two rocks still seem to find each other. To the right and left of the two rocks still exist two small forests with two shrines of the Giay and the Mong people. Here, the faithful love of boys and girls is worshiped. Many locals still hold the notion that it is a symbol of a cozy, happy and full family. 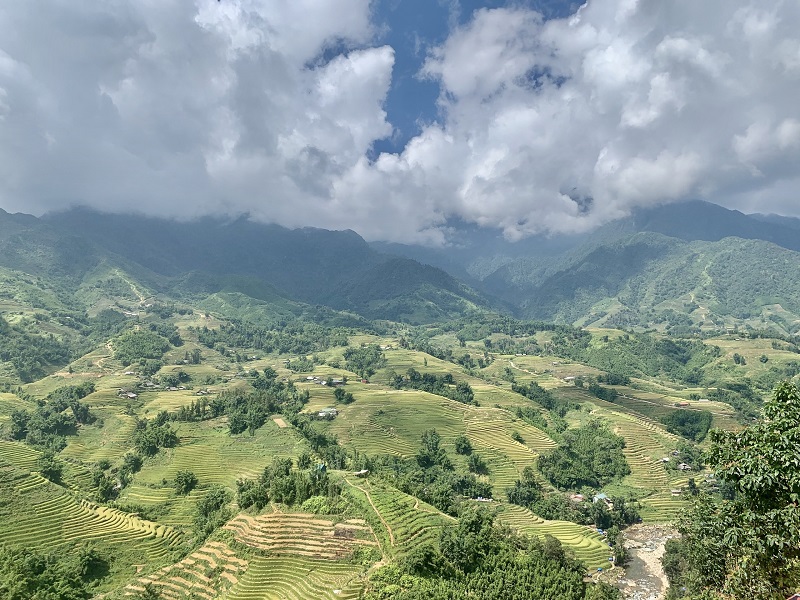 Pic 7: The poetic scene where there are ancient stone slabs

Going deep into the village, visitors will see a very peaceful scene. Young girls leisurely embroidered dresses by the roadside, children enthusiastically ran around the large stones next to the pretty wooden houses covered by white clouds. Life has been so peaceful for many generations and they tell their children and grandchildren the fairy tales of their country. 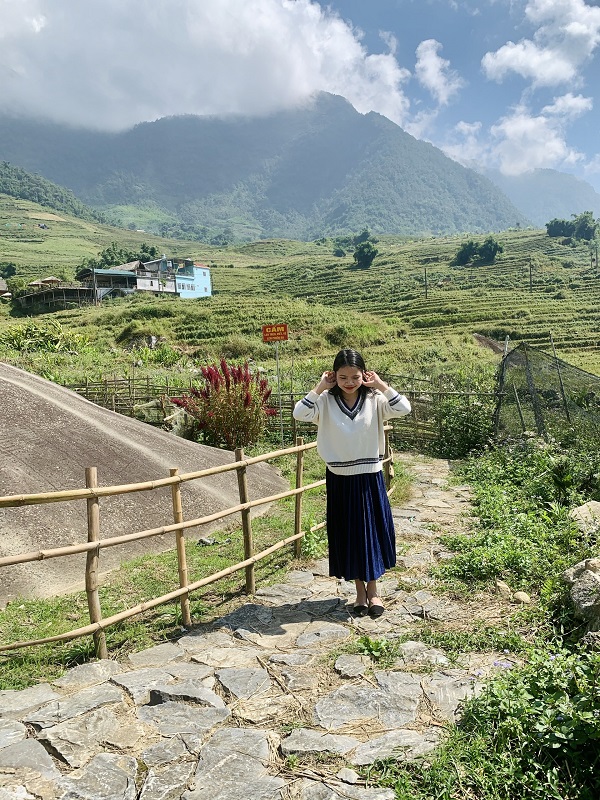 Pic 8: Tourists check in outside the protective fence next to the ancient stone of Sapa