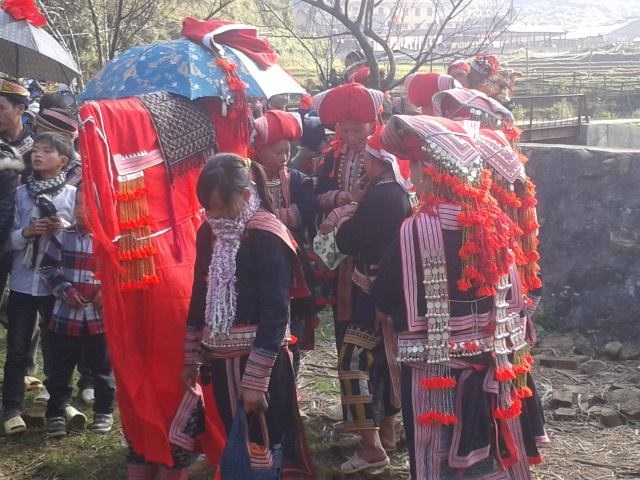 Red Dao people  is the second largest population after H’Mong people in Sa Pa. Also originating from Yunnan – China, Red Dao people  are a small part of Dao ethnic group immigrated to Vietnam from the thirteenth century to the 40s of the previous century

They live most concentrated in the communes of Ta Phin, Nam Cang, Thanh Kim, Suoi Thau and Trung Chai. According to the researchers, red Dao people have a close relationship with H’mong people. Previously these two groups were thought to have the same origin but each group had a distinct characteristic. During the period of natural migration from China to Vietnam, these two ethnic communities formed different characteristics. Nowadays in Sapa, you can easily recognize the difference in shape, outfit, way of living but they still live in a community. 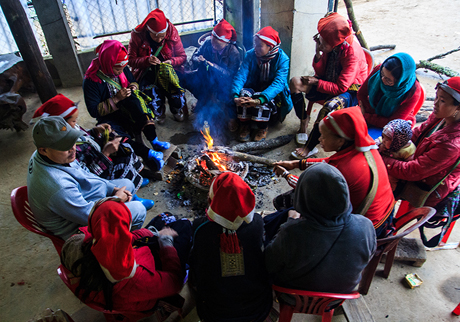 If the H’Mong people often choose high mountain areas to live, red Dao people choose valleys or halfway up the mountain to sow corn, grow rice and cardamom. The merchants often come to the home to buy and sell to China, so their lives are improved. Many houses have good facilities such as motorcycles, televisions, even cars, tractors used in agriculture. 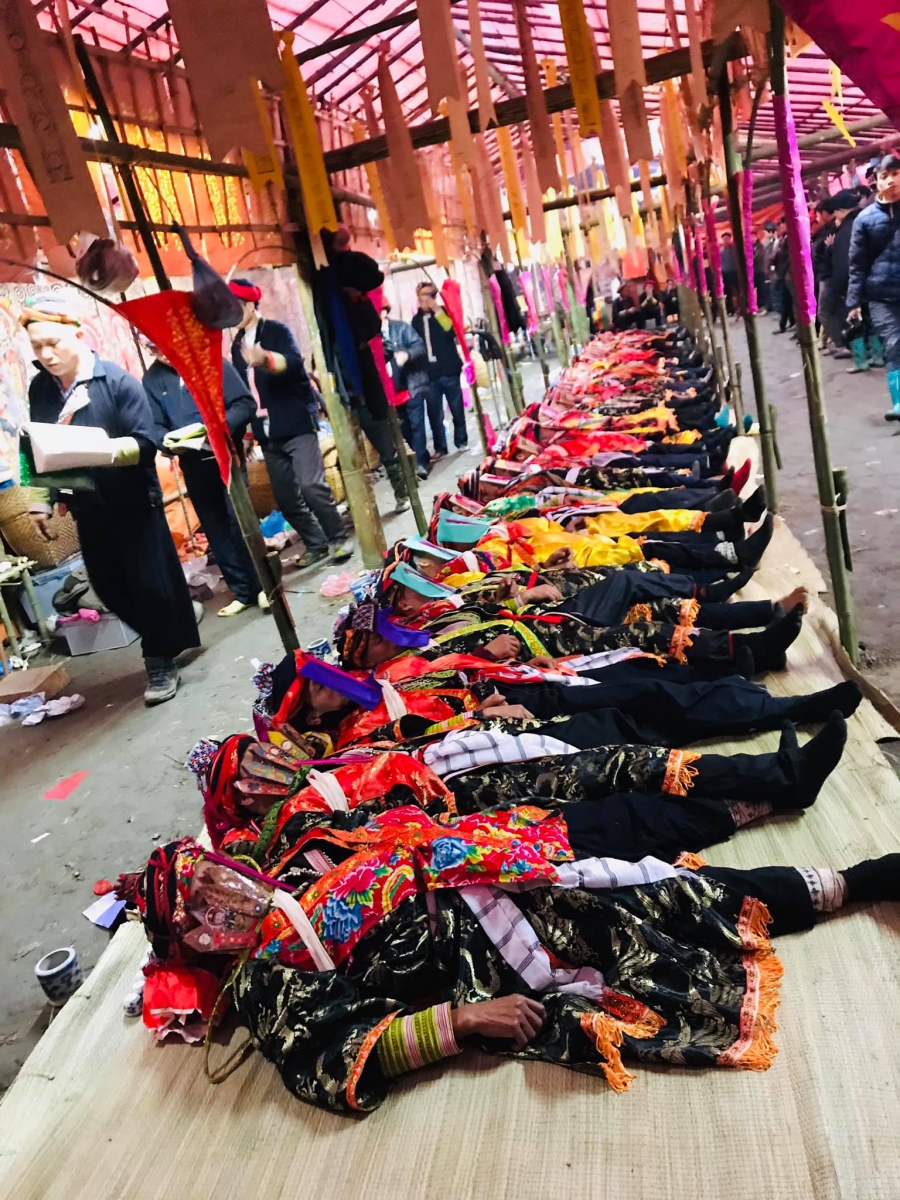 Red Dao ethnic group has many groups but living in Sa Pa is mainly the Red Dao people because women often wear scarves or red hats, blue and black shirts with many red and white patterns on the necks, ties and dresses. Their costumes are considered the most beautiful in every Sapa market. The woman also has a custom of shaving the eyebrows and a part of the hair on the forehead for beauty. They also have their own writing based on ancient Chinese characters called Nom script – Dao, but this type of writing is now only available to older people who can understand and writ 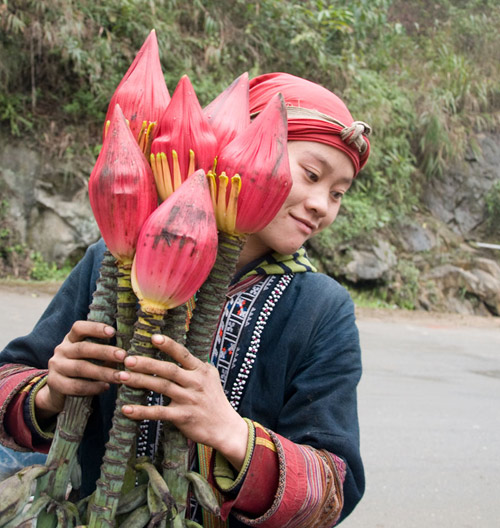 Dao people have a belief that dogs are their ancestors so dogs are always treasured, men are only considered to be mature when they have received an Sacrifice. In addition, they also have many special practices such as families who are brewing wine, they must put leaves on the doorstep, do not let strangers enter because the people believe that strangers entering the wine house will be sour and disgusting, so when If you see signs of abstinence, you should not enter the house. Families of women who give birth also show signs of abstaining from leaving leaves in front of their homes, so as not to let strangers into their homes, afraid that newborn babies will cry a lot. They also abstain from touching children ‘s heads, when cutting their hair and shaving their heads, they still put the hair at the top of the head because it is a shelter for human souls, the notion that it will not be sick for children. They also believe that men and women who are not married are not allowed to take photos together because it is not good and it can be said that it is a taboo for Dao women. If you want to take a camera, you should ask their permission first.

In the year, red Dao people also have special festivals such as the New Year dance held on the first and second day of the first month of January, the traditional singing festival on the first day. January 10 in Ta Phin village, a small village of Dao and H’Mong people, about 12km from Sapa town. This version is famous for all kinds of brocades of all designs and colors created by the skillful hands of the H’Mong and Dao women and especially the herbal remedies of the Red Dao ancestors. The retransmission to this day is very good for tired traveling travelers.